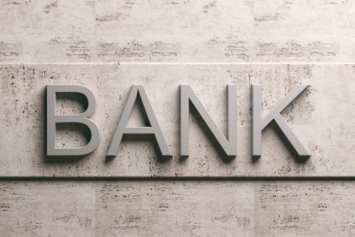 Alex Byrne sets out the ways practitioners can protect themselves from the charge of money laundering and looks at published guidance.

As the government relaunches its ‘Flag it up’ campaign against money laundering activity, Alex Byrne considers the important role played by accountants and tax advisers in combating the practice.

The Consultative Committee of Accountancy Bodies (CCAB) is the umbrella group of various chartered accountancy bodies: the ICAEW, ACCA, CIPFA, ICAS and Chartered Accountants Ireland. In March 2018, it published a new document, Anti-Money Laundering Guidance for the Accountancy Sector. My initial reaction was surely we did not really need a 73-page document that is not legislation and does not spell out the things to look for. Most accountants seek practical guidance on anti-money laundering, especially something they can pass on to staff to strike a balance between, at one extreme, failing to carry out the requisite procedures and, at the other, swamping the firm’s money laundering reporting officer (MLRO). However, on rereading, the guidance improves with familiarity.

The anti-money laundering (AML) guidance has legal status, so accountants remaining unfamiliar with it or not applying its provisions do so at their peril. The regulations apply, with some exceptions, ‘to the persons (“relevant persons”) acting in the course of business carried on by them in the UK’. This includes (reg 8(2)(c)) auditors, insolvency practitioners, external accountants and tax advisers and (reg 8(2)(e)) trust or company service providers and company services in the UK, other than under a contract of employment.

The CCAB guidance confirms: ‘There is no definition given for the term accountancy services, however for the purposes of this guidance it includes any service which involves the recording, review, analysis, calculation or reporting of financial information, and which is provided under arrangements other than a contract of employment.’ So the regulations apply to businesses rather than their employees, although the latter will have responsibilities to ensure that the business is compliant.

The guidance also applies to bookkeepers, although it is suspected that many of these use their clients’ HMRC log-in details and are not registered with HMRC for AML purposes. But let’s begin with the basics to clarify money laundering and the measures that need to be taken to counter it – junior staff and some managers may have misconceptions.

What is money laundering?

In essence, money laundering is dealing with, or assisting someone else to deal with, the proceeds of crime; in other words, wealth of any sort – money, investments, land and buildings, cars and so on (Proceeds of Crime Act (POCA) 2002, s 327 to s 329).

Crime is defined as an action or omission that constitutes an unlawful act – an offence – and is punishable by law; for example, drug trafficking.

The ‘laundering’ is the legitimising of ‘dirty’ or illegal money obtained from crime, which cannot be deposited directly into a bank or other financial institution without raising questions. Consequently, criminals want to create financial records that give the money an apparent legitimate source. This might be by passing it through one or more legitimate businesses or using innocent individuals to deposit it in their bank accounts. By making the money appear to be from a legal source it is cleaned, hence the ‘laundering’ terminology. Anyone assisting with this even if not involved directly is also guilty of money laundering.

Large-scale criminal groups may use complex money laundering techniques to avoid detection, but there are other, more popular methods.

Recent estimates suggest that between £36bn and £90bn is laundered through the UK economy each year. The amount that cannot be explained is seized.

Money laundering can be widespread and low key. For example, if a plumber pays a pub for drink with cash from an undeclared job, it is money laundering. The plumber is introducing dirty money into the legitimate money system. Of course, the pub may not be declaring all its takings, but that will not affect the plumber; they have obtained goods or services for the undeclared cash with no questions asked.

Just knowing about money laundering imposes a legal duty to report it and, with some exceptions, a failure to report is a criminal offence. There is no de minimis threshold value for reporting.

Since accountants and tax advisers practise in the financial (‘regulated’) sector, they are subject to special regulations because they deal with the very financial transactions criminals want to legitimise. Accountants see bank accounts and know about clients’ earnings and expenditure. If a client has bank transactions that do not make sense or a more expensive house or car than would be expected from their business results or drawings, the practice has a duty to consider reporting this discrepancy to ‘a constable, a customs officer or a nominated officer’ (POCA 2002, s 338) unless there is an explanation with evidence.

Advisers must be aware of the importance of the anti-money laundering provisions because a failure to report is punishable by up to 14 years’ imprisonment and/or an unlimited fine. Further, civil penalties or criminal sanctions may be imposed on the business and any individuals in the business deemed responsible for failures.

In 2016, 1,435 people were convicted of money laundering in England and Wales. In R v Duff, the Court of Appeal upheld a six-month custodial sentence against a solicitor who had failed to report the receipt of £70,000 from a client to invest in a business when the client was later charged with drugs offences.

Under paragraph 2.2.2 of the CCAB guidance, no offence is committed if:

These are the exceptions most likely to apply, but the guidance does give others. To protect themselves, it is important for accountancy practices to train their staff to avoid unnecessary referrals while still complying with money laundering regulations. Section 5 of the CCAB guidance includes a table, Stages of CDD on customer due diligence.

The aim of the government’s recently relaunched ‘Flag It Up’ campaign (flagitup.campaign.gov.uk [2]) is to raise awareness of the warning signs of money laundering, promote best practice in due diligence and encourage the high-quality reporting of suspicious activity. It suggests advisers should be aware of several ‘red flags’.

The Flag It Up website includes some short videos. Generally, however, published material fails to identify warning signs. It seems no one wants to be responsible for setting out detailed guidelines that may be too narrow in case accountants and staff work solely with these, do not recognise other issues and inadvertently allow money laundering. As a result, firms often struggle to carry out their anti-money laundering duties with some not doing it very well and failing because only the most extreme cases are referred. Many employees are simply unclear on what they should be looking for.

Staff who do not understand their responsibilities may feel that referring everything could be their ‘get out of jail free card’. If the number of submissions to the firm’s MLRO is a problem, or if managers feel staff are spending too long considering whether money has been laundered, it would be in the interests of the practice to increase training and focus on the problem areas. Staff should be made aware of the full contents of the guidance, but firms may wish to summarise its contents for admin teams.

The risk-based approach is twofold.

First, what I would call non-tax money laundering involving crime and terrorism which we should all be keen to identify and report to protect a civilised society and way of life.

Second, tax fraud. The CCAB guidance includes some examples of the former, although they may have tax implications.

The first example relates to shoplifting. The practice acts for a retail client and is aware of some instances of shoplifting. Should a report be made?

Note that reporting does not force practitioners to be detectives or to gather more information than is normal in the course of their work. Following a client to obtain further information for a money laundering report is not required and could cause trouble. Everything that is required for a report should be available from the practitioner’s desk or meetings.

At paragraph 6.1.26, the guidance makes it clear that no attempt should be made to investigate matters unless to do so is within the scope of the professional work commissioned. It is important to avoid accusing or suggesting that someone is guilty of an offence.

The second example concerns overpaid invoices. Some customers of a client have overpaid their invoices. The client retains overpayments without attempting to contact the overpaying party. Do you report?

The third example relates to illegal dividends. A client has paid a dividend based on draft accounts. Subsequent adjustments reduce distributable reserves to the extent that the dividend is now illegal.

The guidance also includes examples of invoices raised by overseas consultants lacking commercial rationale that might be bribes, and concerted price rises that could be price fixing. The guide reminds us that money laundering offences include conduct occurring overseas that would be an offence if they had happened in the UK.

The Financial Action Task Force points out that some countries are deemed to have a higher risk of money laundering activity: the Democratic People’s Republic of Korea (DPRK); Ethiopia; Iran; Pakistan; Serbia; Sri Lanka; Syria; Trinidad and Tobago; Tunisia; and Yemen.

I am not associating the AML guidance with the instances of money laundering that I am giving below, nor do these examples encompass everything that practitioners need to look for. They are drawn from my experience to provide a firm base for a small practice to work from when compiling its AML procedures, especially if it is not subject to supervision by one of the main accountancy bodies.

For day-to-day accountancy and tax work, there are many common issues that could be considered for potential tax fraud.

Staff should be aware of these warning signs so they can be flagged-up to the firm’s MLRO.

Just knowing about money laundering imposes a legal duty to report it and, with some exceptions, a failure to report is a criminal offence. There is no de minimis threshold value for reporting.