Why I left AccountancyManager… and came back 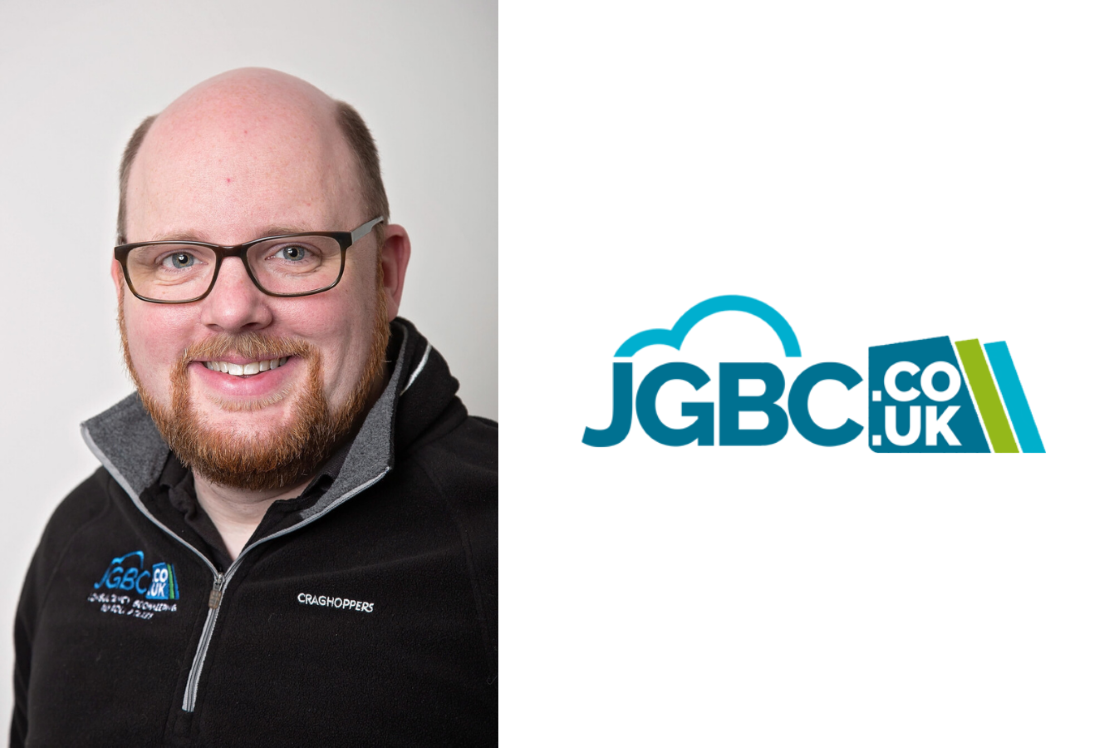 This week, we caught up with Johann Goree, founder and managing director of Scotland-based firm JGBC. Johann used AM when he was a one-man-band a few years ago, but (gasp) cancelled his account.

Now he has a team of seven across two offices and has returned, all guns blazing, to AccountancyManager. Our Head of Sales, Marcus Bellis, was keen to chat with Johann about why he left, why he came back and what he got up to in between.

After his GCSEs, Johann became a housekeeper for a residential outdoor activity company. Over the years, Johann progressed to the retail department, which eventually merged with finance. “All of a sudden, I was a very unwilling bookkeeper/retail manager.

“I was saving tens of thousands of pounds a year in renegotiating contracts with suppliers and stuff, I wanted to take that skill set and help small businesses.”

Over a few buy-outs, Johann found that the culture had changed considerably. So, after 11 years, decided to leave. I spoke to the IAB. And they licensed me as a bookkeeper in February 2017, in December, I left to go full-time in my business.”

Investing back into the team

Today, Johann has a team of seven and 312 clients. “It’s been a very fast journey and I’ve built a team of people that can run circles around me.” Inspired by the training he gained at his previous company, Johann is dedicated to developing both his – and his team’s – skills. “I’m now studying for my Masters in leadership and management. I’m paying for my head of accounting to become chartered so we can charter the business. The payroll manager’s getting new payroll qualifications and the head of bookkeeping is taking the next level in her AAT exams.”

“My job now is to sit at my desk watching webinars, getting hair-brained ideas and managing the team using the video game that is AccountancyManager!”

“Seriously, AccountancyManager was referred to as a video game the other day… when I see a red task, it’s ‘go and sort your team out!’ It means I can manage, lead and grow the business.”

A trip through Senta, Asana and Capium – back to AM

Johann first started using AccountancyManager in around 2017, but we disappointed him by over-promising and under-delivering (a trait that we’ve now reversed, big time). “I had a falling out with you because you kept promising me QuickBooks! So I moved away and I spent the last two years roaming from one software provider to another.”

A change of direction at Senta

“I went to Senta first. I liked what they were doing – the flow of stuff. Then they changed their road map to being completely out of line to what I’d invested in emotionally… A priority for me at the time was an app. Their user interface is awful on a phone or an iPad but your guys’ interface is much more usable on my phone and iPad.”

No yearly quarters on Asana

“There was a fundamental issue with Asana, in the fact that it didn’t understand what a quarter was – but it’s designed for projects, not accounting. The communication tools in Asana were amazing though and we had some ideas of how to create a kind of client portal within it.”

Too much pressure on management at Capium

“With Capium I was getting fed up with the emails from their software, because every time a new task populated, I got an email! My team couldn’t make changes, so I had to make the changes. Moving around suppliers was an absolute nightmare so regrettably, I said to the team, ‘Look, I know I promised you we wouldn’t move again, but we need to move again. This is not working.”

Searching once again for the right practice management system, one thing stood out to Johann. “The thing that annoyed me the most, was everyone looking at deadlines. You log in and you just see this huge list. That’s not encouraging or motivating. Deadline, deadline, deadline! That’s just not how I or my team work… And then you guys released this little concept of target dates. I was like ‘Oh hello!’”

Johann explains why these are so crucial, “We want at least 70% of our clients’ annual accounts done within four months of the end of their year end. But you can’t manage that on a system that doesn’t tell you in thirty days. Now have target dates and we’ve not got a deadline to worry about for four or five months. We’ve never been in that position before.”

“We are the most up to date we’ve ever been with our clients’ bookkeeping. Purely because we’ve got bookkeeping tasks. There’s a manual breakdown in that task of tick boxes. So everyone knows the process.”

“We can make update notes [against tasks] and we can notify people. That communication is just fantastic. To the point that we barely communicate with each other via email anymore, it’s all done through AccountancyManager.”

Each head of department has a weekly meeting with their team, where AccountancyManager’s on the screen. During the meeting, everyone reviews the upcoming tasks for the week and takes part in a constructive discussion about the progress and potential blockers to completing the task in question.

“I turned around to the guys in the meeting on Monday and said, ‘Eighty self-assessment emails went out this morning.’ ‘What? What time did you start work this morning?!’ It took me 10 minutes because I just reviewed the list. So for managing and leading a team it saves so much time and provides all your communication methods in one place.”

A couple of months ago, James (AM’s CEO) started doing regular webinars, inviting AccountancyManager users to suggest and vote on the features they want the most. “What we absolutely love, is those video calls that James does. Where he says ‘right, let’s have some polls. Out of these four, what are a priority to you?’”

“You know, most webinars can be ignored in my diary. If you need to book something over it, that’s fine. I’ll get it recorded. You DO NOT book over AccountancyManager. We love it. We love being involved.”

Johann’s response to the pandemic

As soon as lockdown was announced, JGBC agreed as a team to provide 7am to 10pm, seven days a week coverage of phones, emails and social media. “In the first week, we had called every single client and discussed their personal circumstances and what they could and couldn’t claim for. We gave every client that needed it a payment holiday which accumulated to £35,000.”

“We didn’t charge for furlough processing and we were on social media saying, look, we don’t care whether you’re our client or not. All our advice has always been free at the point of contact and always will be. I’ve always been a very keen investor in goodwill because it pays dividends in the long run.”

So are we keeping hold of Johann this time?

Now, Johann and his team wouldn’t be without AM. “I work less hours a week because I’ve got AccountancyManager doing admin, my team understands where we are with every client, and communication has improved, even though we’ve added more people. Every person comes in the morning and opens AccountancyManager first. It’s the bedrock to our business.”

“I think the software’s amazing… it’s an absolutely essential piece of kit.”

Give AM a try for 30 days and perhaps you’ll be telling Marcus about how AccountancyManager has transformed your practice in a few months time.